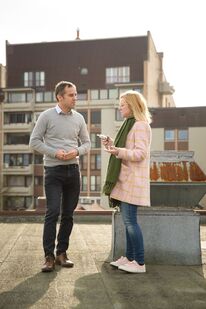 I'm a bilingual journalist and National Geographic Explorer based in Vienna, Austria, focused on the climate and biodiversity crisis and the rise of the far right.

My reporting has appeared in The New York Times, National Geographic, CNN, the Washington Post, the Guardian, the L.A. Times, the BBC, and Nature. Occasionally, I write in German for Die Zeit, brand eins, Süddeutsche Zeitung and Profil. I speak some Mandarin Chinese and can read French and Cyrillic.

I've reported from Ukraine before and during the war, flew on helicopters to get to remote glaciers, and got Hostile Environment and First Aid training as part of an IWMF fellowship to report from conflict zones in South Sudan. Over the course of my career, I've reported from more than 25 countries, including India, Laos, Myanmar and Vietnam, most of Europe, Uganda and the US. 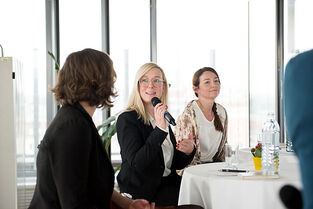 Between 2015 and 2018, I was based in Shanghai, where I saw the rise of Xi Jinping and reported on rights abuses and environmental crime. I uncovered forced evictions and land speculations tied to the Beijing Winter Olympics, reported from Xinjiang to Inner Mongolia, and was the first to expose the links between the Chinese government and the world's largest producer of video surveillance.

My stories from China appeared on the BBC, Al Jazeera, the SCMP and the business magazine Nikkei Asian Review and won awards for feature and environmental reporting by the Society of Publishers in Asia (SOPA).

As the head of features at Shanghai-based Sixth Tone, I led and trained a team of 20 international and Chinese journalists. In two years, we won a total of eight SOPA awards. As head of the environment reporting, I was also in charge of a body of work that led the Asian Environmental Journalism Awards to recognize Sixth Tone as the continent’s best media organization.

Around 2010, I started cutting my teeth as a reporter in Cambodia, an independent, hard-hitting English-language newspaper, where I worked my way up from an unpaid copy desk intern to staff reporter, associate editor and features editor. Three years later, as a freelance correspondent in Southeast Asia, I reported from Myanmar, Laos, Vietnam, Cambodia and Thailand. I covered a myriad of stories involving corruption, violent labor and rights protests, sex and labor trafficking, censorship, environmental crimes including wildlife trafficking and deforestation, and a number of elections and international political meetings, such as the Asean summits.

I'm currently teaching longform writing and multimedia productions at the University of Applied Sciences in Graz, Austria, and have held guest lectures on environmental reporting, investigative journalism and feature writing at NYU Shanghai, the Royal University of Phnom Penh and Duke Kunshan.