When Austria's far-right was rocked by a corruption scandal, I reported on the allegations, sweeping protests, and the disintegrating of the entire government for CNN. For radio and TV broadcasters as well as for World Politics Review, I analyzed the news. 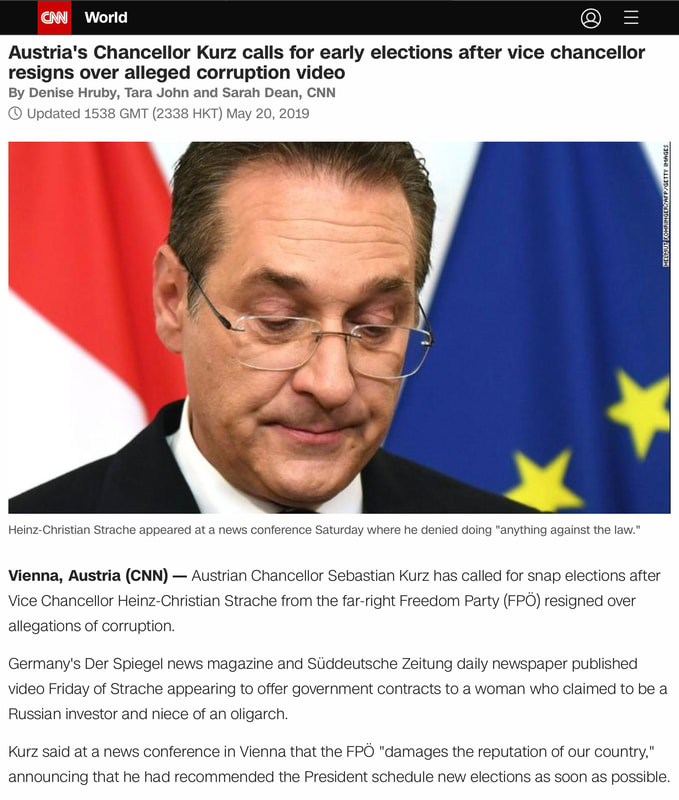 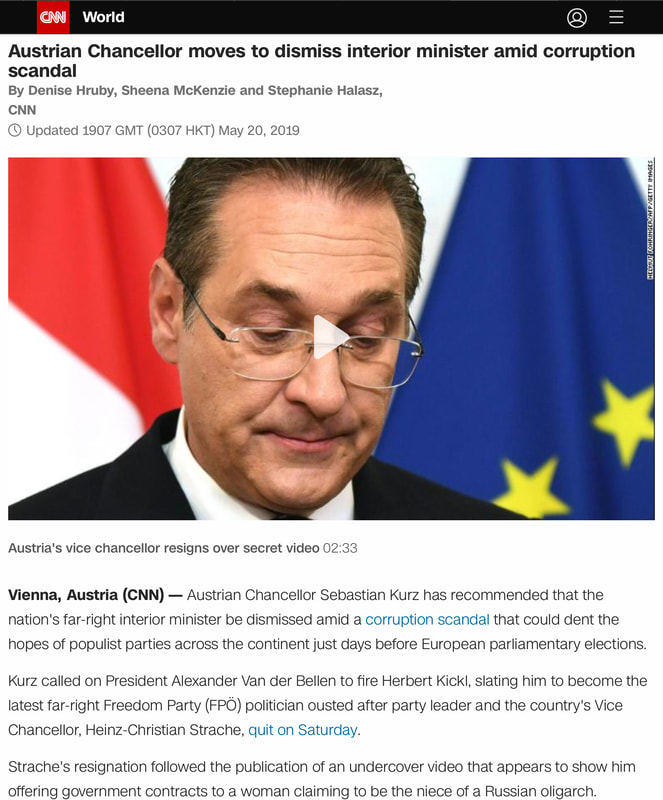 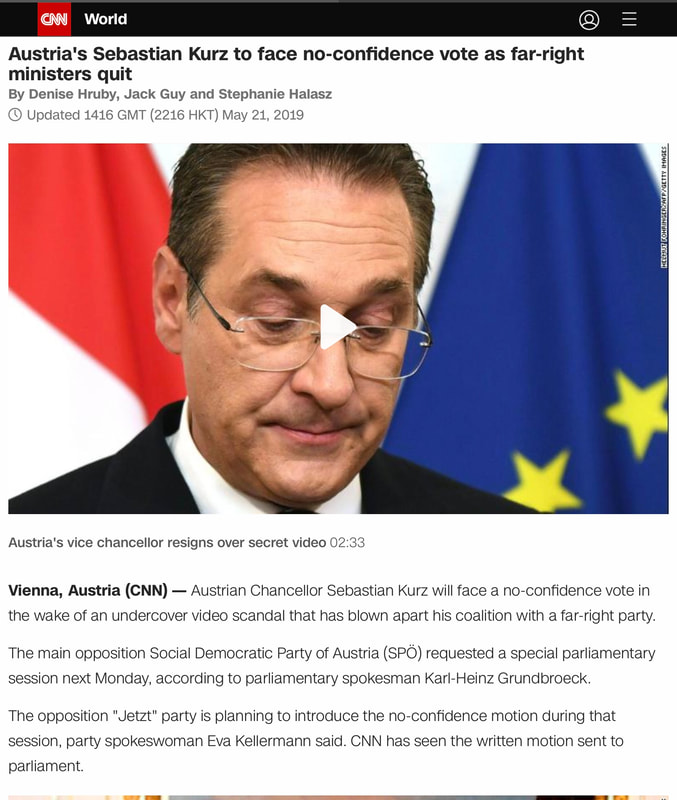 Turns out Russian collusion isn’t a “witch hunt hoax” after all. At least not in Austria.
The country’s government collapsed on Saturday after Chancellor Sebastian Kurz said he was pulling the plug on his ruling coalition after just 17 months in office.
The move came barely 24 hours after the release of a bombshell video showing Heinz-Christian Strache, the far-right leader of his junior coalition partner, trying to trade public contracts for party donations from a woman he believed to be the wealthy niece of a Russian oligarch.

“Enough is enough,” Kurz said in a brief statement to the press from his baroque office in Vienna, describing the many challenges he faced in recent months in dealing with Strache’s Freedom Party, which despite its alignment with the chancellor’s center-right People’s Party on policy issues remained a lightning rod for criticism with its racist comments and other controversies.

Read the full story here.
World Politics Review
Governing With the Far Right Cost Austria’s Kurz His Job. Why Is He Still So Popular?

In a bizarre showing of defiant support late last month, about 200 people cheered on the man who’d just become the briefest chancellor in Austria since 1945. “Stand up for Sebastian,” the crowd chanted, their words subdued by loud music, the rain, and the uncertainty of the political future.